“To make a difference in someone’s life, you don’t have to be brilliant, rich, beautiful or perfect, you just have to care.”

Shahida is a certified sports coach delivering cycling training and walking sessions. She is a qualified NLP practitioner and also offers Eco-Coaching.

As a Neurolinguistic practitioner, Shahida understands the impact of words. How they connect as a bridge between the mind and body to bring balance.

Shahida’s driving force is a curiosity to understand human behaviour. She uses her coaching skills to build relationships that are fun, mutual, respectful and trusting.

Shahida finds the disciplines of cycling and walking an ideal way to create a warm, safe and informal space where conversation can be encouraged. This mutual trust and talking approach opens up a space for inner reflection. The conversational exchange that follows often leads trainees to find the solution within themselves. Our coaching demonstrates this mind-body approach can be transformative.

As well as being a keen cycling and long-distance walker, Shahida loves hill climbing, scrambling, sunshine and the outdoors!  She constantly strives to improve her own mental, physical, spiritual and emotional health. A process which enables her to support the Hop-On community. This quote by Mandy Hale captures why Shahida does what she does:

“To make a difference in someone’s life, you don’t have to be brilliant, rich, beautiful or perfect, you just have to care.” 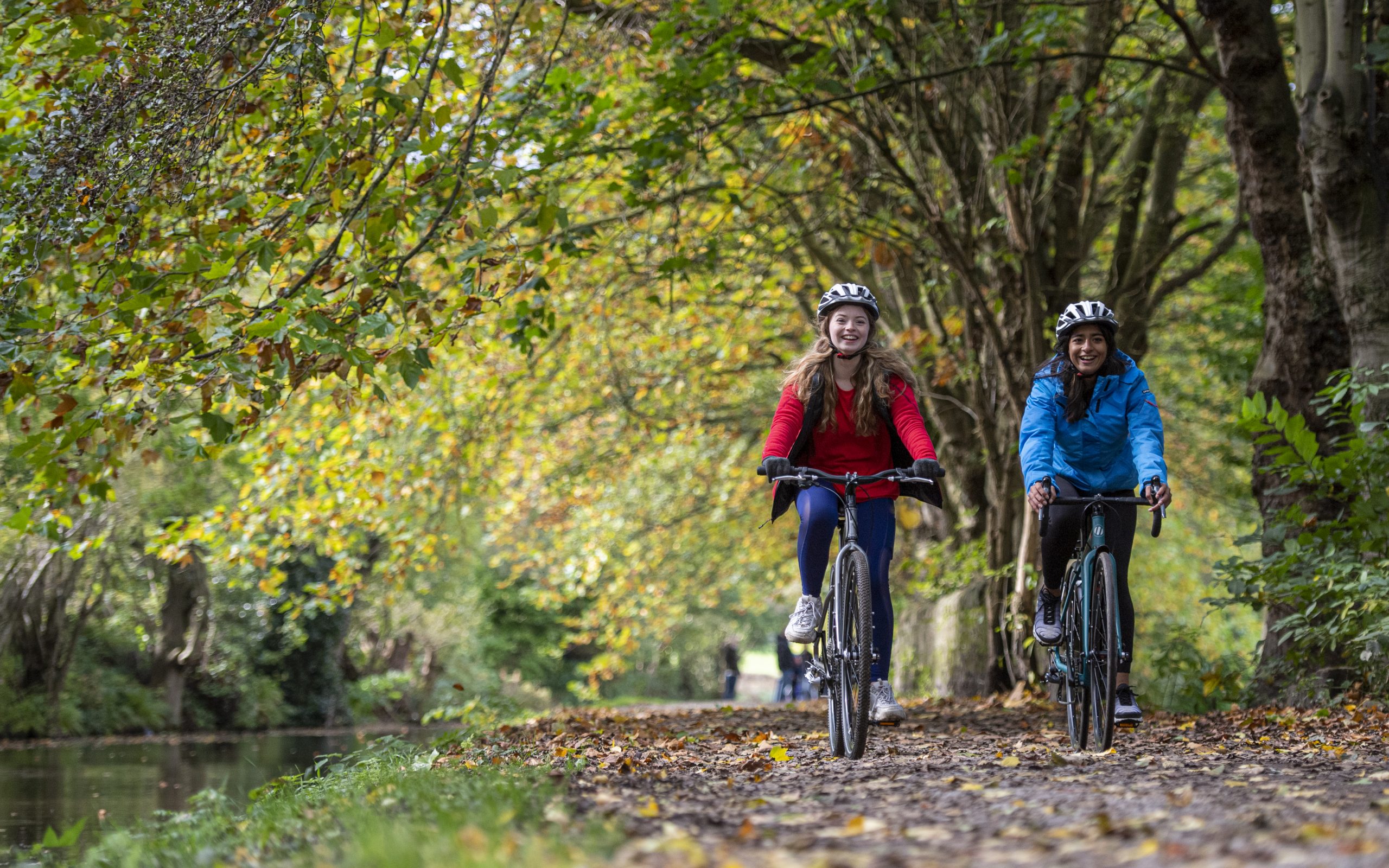 As a very young child I spent a lot of time playing on the streets, riding any bike I could… up and down and in and out of the city streets… I owned the world!

Then I was sent to a foreign country for 8 long years. Not only was my right to an education compromised, but I also lost the freedom to ride.

Eventually, I moved to a house with a front yard and found a bike one of the workmen had left. I became a hamster on the wheel in that yard. A hamster that was learning big things whilst pedalling to freedom in a small yard!

Upon returning to England and picking up any remaining threads of my old life, I explored new hobbies, new friends and discovered a new-found freedom whenever I was outdoors. It opened up space in my neurology to absorb my environment and find out what freedom meant to me and how I could mould it to my advantage with all the new learnings I was acquiring.

I got married and had four beautiful children. I wanted to give them the same freedom that I had discovered and I encouraged them to ride from a very early age. We became known locally as the ‘bike family’.  School run, after school activities, shopping etc…all done by bike.

A Chance Encounter and Discovery

Once the children had grown up, we moved to the North of England. During my daily bike ride in the park, I often heard the locals discussing how I was a little bit crazy and that’s why I whizzed around on my bike every day!

One day, as I stopped for a rest, a lady came up to me and started chatting. She said she envied me and wished she could ride, but it was not an opportunity afforded to her in her community. I discovered she didn’t just want to physically ride a bike but also wanted to find the freedom to leave the box she had been hiding in for many years in her mind.

I helped her to ride and she grew independent physically and emotionally. She helped me discover a part of myself that loved teaching.

As firm friends,  Fozia, Najma and myself would often get together for our coffee fix’s and share our discoveries and bounce ideas off each other. We spoke of how we would love to make changes in the world.

Around this time, I began exploring mind expanding techniques found within the disciplines of meditation and NLP.  I went on to qualify as a NLP practitioner.

Leading on from this, the opportunity to train as a cycle instructor came along. Upon completion, we began running women’s cycling groups and discovered a great demand in the community. And a personal satisfaction in being a part of these changes.

Although we’re physically teaching people to ride, through our knowledge of psychology and language, we’re enabling women to change the way they approach things (building new pathways in their neurology) in order to dismantle any limiting beliefs.

We are privileged to witness the changes in people that have given birth to Hop On.